“Do you feel like you missed out on anything in your childhood?”

It was an unexpected question from my mom, but in retrospect it shouldn’t have been.  I looked at my phone for a second, then responded,  “Um,  I don’t think so.”  Truthfully, I felt like I had a pretty awesome childhood. As the son of a military doctor, I got to see lots of the country, I grew up around battleships and fighter jets, and the Blue Angels used to fly over my house.  My school years were in that time between Vietnam and the first Iraq War, a time when being associated with the military but not having to deal with the actual realities of a war made it seem like the coolest thing in the world!

Best of all I got to reinvent myself with every move.  How many kids got a mulligan on their school reputation?  If I transgressed a playground rule, if I opened my mouth and the wrong thing came out, I’d think, “Well, I’ll only have to deal with this for a while.  I’ll remember this for the next time.”  I was able to embellish and fudge my former playground standing without repercussion because the people who knew the truth were 3000 miles away on an opposite coast!  Somehow, I always managed to revert to being myself and not the superhuman ninja/jock/poet/artist I painted myself.  But it wasn’t that I didn’t have the opportunity.  I never felt unaccepted or that I was missing a home. Yup, my childhood was pretty awesome.

The more I thought about it though, there WAS one thing I feel like I missed out on.

I never had the opportunity to be a “local.”

As an outsider looking in, my idea of a local is a bit different.  I saw people who would do ANYTHING to get out of their town, but in order to hate a place that much, you had to KNOW it.  You had to share a history.  You know what used to be on Third and Pine before it burned down in ’83.  You knew which school won state in ’67 because your dad played then.   The commissioner that got run out of town after embezzling county funds? You dated his son or daughter.  That knowledge of a place, that affinity and association are what I missed out on.  Places were just that, places.  I liked some more than others, but that was a superficial transient feeling, much like my association with any given area. 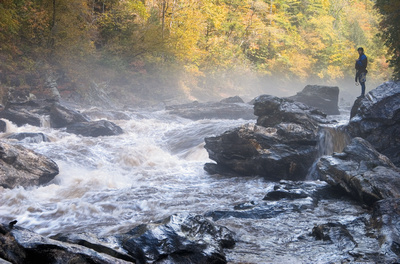 In 2000, I moved to Northeast Georgia with my wife-to-be when she got a teaching position at a small liberal arts college. And it’s here that I was introduced to the Chattooga River which starts in the mountains around Highlands, NC and descends to form the border between South Carolina and Georgia before slowing to a backwater behind the Tugalo Dam.  To call the Chattooga ”storied” is to minimize its lore.  James Dickey’s Deliverance was inspired by it, and the movie that the book was based on inspired a million “banjo playing redneck” jokes that the locals still embrace for tourism purposes, but softly curse under their breath.  History, affinity, association - all the things that defined “local” in my mind were distilled (sorry, necessary still reference) in that river.


It’s said that in order to know the truth you have to go to the source, so I did and I haven’t stopped.  The headwaters of the Chattooga, known as Section 00 to paddlers, starts just south of Cashiers and ends at Bullpen Road, or as the locals know it, “The Ol’ Arn bridge.”  Looking down from the bridge, the river puts on her best showy face as the water dances and spreads through a series of potholes carved over time and in the autumn they catch colorful leaves, creating swirls of red and gold. 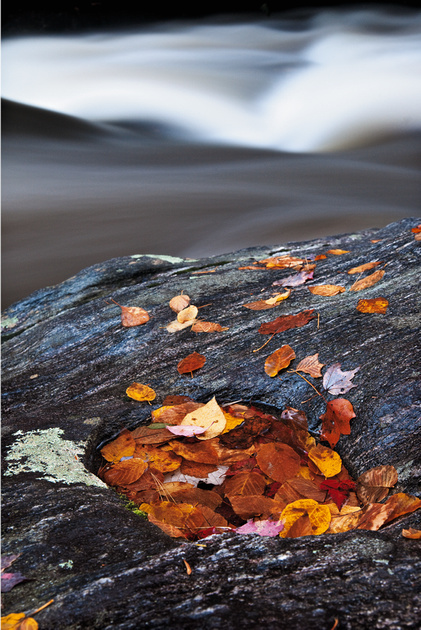 This past weekend I went back as I have a few times a year since I first set foot on the deck of the bridge.  I knew that it was time for the spring wildflowers to be in full swing.  Trillium, dwarf Iris, and bluettes all would be showing.

On arrival, I looked out and noted the continued dying of the Eastern hemlocks that once stood green and stoic along the banks, the hemlock wooly adelgid turning them into old gray ghosts.  It was then that I realized, I was local.

If you asked anyone in Cashiers, Highlands, or Walhalla if I were a local they would laugh their asses off.  The idea of local in southern Appalachian communities span not years, not lifetimes, but generations.  It’s a point of pride and I don’t begrudge them their standards, but as far as the river was concerned, in her long lifetime I was as local as any human being.  I’d made the effort to know her.  I’d seen her when she was almost dry and I slept next to her with the ground shaking from the rumbling movements of boulders being shoved around in her bed during floods.  I knew when the Trillium and indian cucumber root came up in the spring.  I remember climbing up on the rock that guards the view of the lower narrows for the first time and feeling that I’d accessed a place that was still relatively untouched. I’ve watched that view change as trees fall, rocks move, and river levels fluctuate. 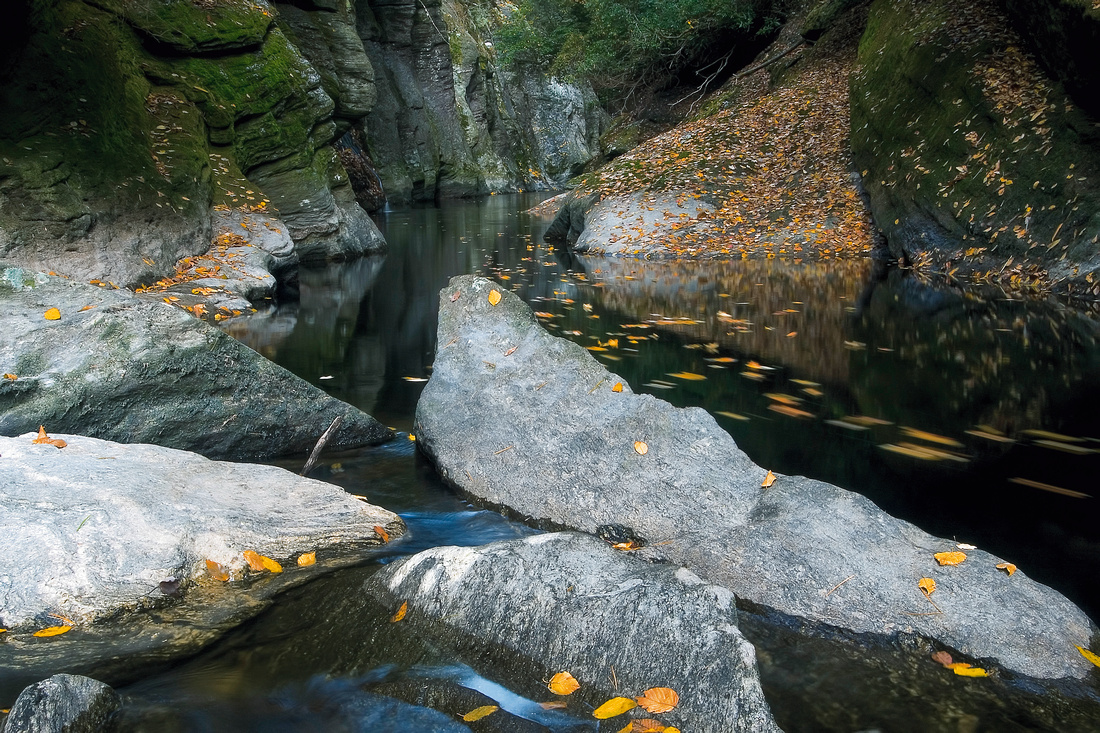 Associations were there as well, like walking there with my wife as we looked up and the autumn maples rained down leaves on us in looping spirals. I paralleled the Upper Chattooga with my whitewater paddling experience.  When I first started boating, the Upper Chattooga was off limits to boaters, but in 2013 it was opened to those with the skill and inclination to run it.   It became my favorite place to take people when they asked to be shown a southern wild area, so the memory of many an experience with good friends has its touchstone there.

I have no delusions regarding my proprietorship of this wonderful area.  In my mind, the worst aspects of localism regard entitlement and exclusion.  At the same time, I feel a need to protect it, simply because I give a damn about it.  I care if it gets “loved to death.”  I have opinions as to how best to protect it.  And I have trepidations about writing this because I know that it’s not just me for whom it’s special.  So if you come, tread lightly, respect those who have come to listen to the river and not your voice, and work on being a local, even if it’s just for a day.

Yeah, I know I’m not a local by most standards, but when I’m there I assume the river considers me a local, and she hasn’t denied me yet.